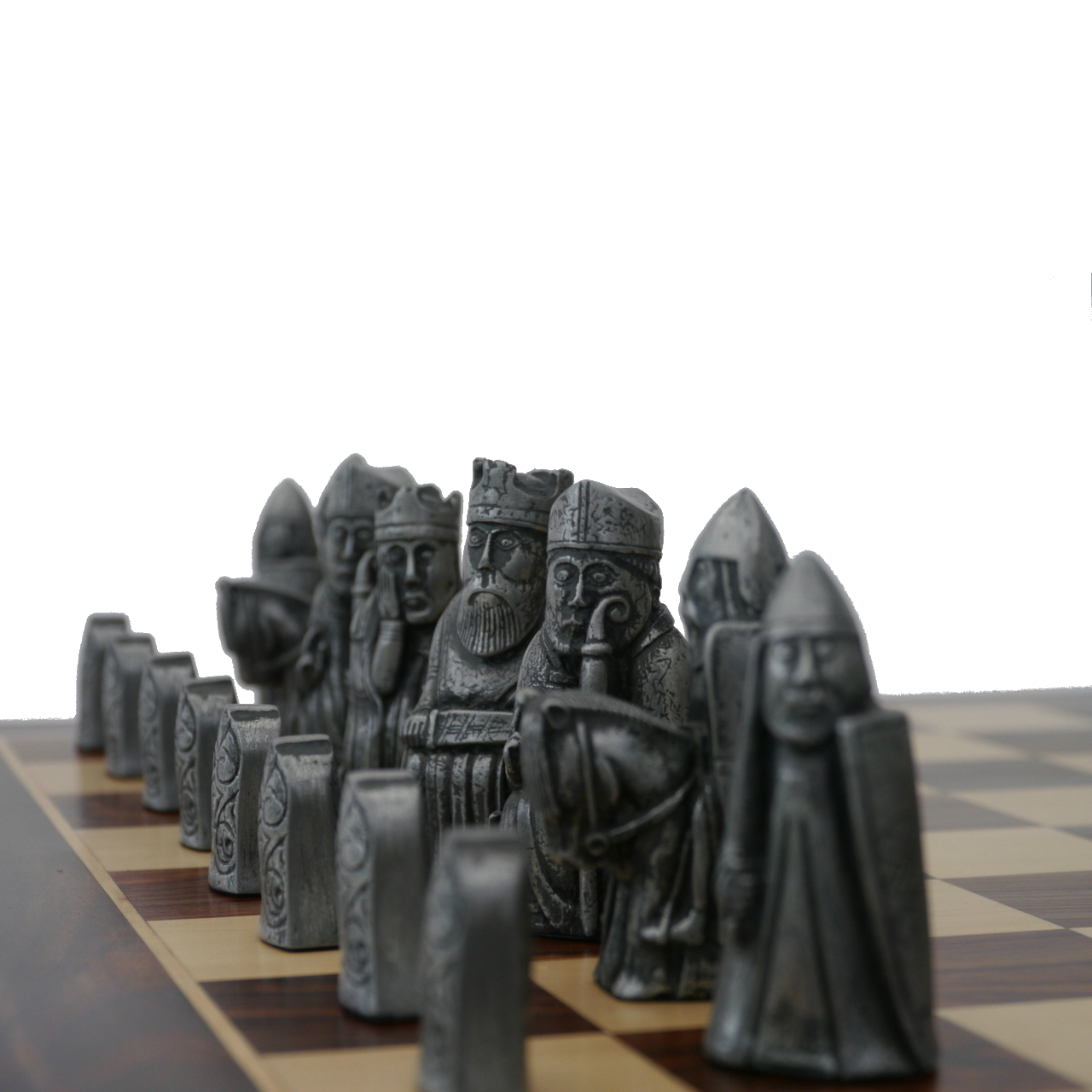 or make 4 interest-free payments of $74.75 AUD fortnightly with

SKU:
BC4001
Availability:
In stock and Ready to ship to you now!

Utilising a careful process, this range of chess sets are stained in Russet (a contemporary brown). It’s then further stained to add an antique effect. This results in an aged beautiful set that is eye catching and really stands out. They are well weighted with an improved ratio of crushed marble and resin, coated in metal, and then finished with a felt underlay.

Originally crafted from walrus ivory and whales teeth the iconic Isle of Lewis chess pieces were discovered in the vicinity of Uig on the Isle of Lewis some time before 11 April 1831. The precise location seems to have been a sand dune where they may have been placed in a small, dry stone chamber. The hoard which consisted of 78 chess pieces and 15 other artifacts was initially shown at the Scottish Antiquaries Society in Edinburgh which hoped to acquire it but was unsuccessful in its fundraising efforts. The British Museum eventually acquired it between November 1831 and January 1832.

The pieces were probably made in Trondheim, Norway, about AD 1150-1200. At this period, the Western Isles, where the chess pieces were found, were part of the Kingdom of Norway, not Scotland. It seems likely they were buried for safe keeping on route to be traded in Ireland.

The chess pieces testify to the strong cultural and political connections between the kingdoms of the British Isles and Scandinavia in the Middle Ages, and to the growing popularity within Europe of the game of chess, the origins of which lie in India after around 500 BC. Chess arrived in Christian Europe via the Islamic world, where the game was adapted to reflect medieval European society. Of the ninety-three pieces of this hoard known to us today, eleven pieces are in Edinburgh at the National Museum of Scotland, and eighty-two are in the British Museum.

Based in the heart of rural Somerset in the South West of England, Berkeley Chess is the brainchild of three experienced business professionals who all have a shared passion for chess. Baron Turner, Michael Lee and Peter Kingett formed the business in early 2017 to answer the growing demand for imaginative and functional gift products which can be supplied with ultra efficiency and flexibility at realistic prices.

The company encapsulates the best of British craft manufacturing combined with innovative designs and state of the art administrative support. The result is a business supplying the most comprehensive collection of decorative chess sets to the specialist gift sector, heritage retail, online operations and mail order markets.